The rape weapon and the long arm of justice: East or West, is it simply a man's world or judiciary and government double standards ?

A couple of weeks ago the news outlets were busy with the story of the latest Saudi rape victim filled with outrage (as everyone should) at the fact that the victim was treated as a criminal and sentenced (gasp) to prison and 200 lashes. This crime happened in 2006 but seems to have come to light now. Rape is a crime and I have no other words to describe its potential for physical and emotional trauma. Saudi Arabia's judiciary was trashed for the way it handled the case. Human rights or the lack thereof were invoked...


You can read the details here and here. The case "has aroused controversy at home and condemnation abroad. US presidential hopeful Hillary Clinton said the sentence was an outrage and urged President Bush to put pressure on Saudi King Abdullah." Wow even foreign governments were getting involved... which I guess is good for the girl since apparently it resulted in her 'pardon' last week.

Meanwhile I'm wondering where is the international support for Jamie Leigh Jones also gang raped by her US compatriots in Iraq (in the Green Zone mind you) two years ago [ref]. Jamie has just now been able to voice her ordeal.


" I said, 'Dad, I've been raped. I don't know what to do. I'm in this container, and I'm not able to leave,'" she said. Her father called their congressman, Rep. Ted Poe, R-Texas. "We contacted the State Department first," Poe told ABCNews.com, "and told them of the urgency of rescuing an American citizen" -- from her American employer. Poe says his office contacted the State Department, which quickly dispatched agents from the U.S. Embassy in Baghdad to Jones' camp, where they rescued her from the container." [source] and more of these stories are coming forward see here.

I have not seen the same level of condemnation as about the Saudi case in the world - very little about this case outside US media and nothing front page.
Strange.. clearly Jamie and the Saudi girl are both victims at the hands of men from their country. Jamie is seeking justice but her coworkers apparently have immunity and cannot be prosecuted.

While the Saudi girl got more than she bargained for by being put along with the accused- she still received justice because readers and governments alike have simply skimmed through the lines that mentioned " In October, the men were convicted and sentenced to two to nine years in prison for the assault." [ref]and went for the chance to bash some Arabs and Muslims.

The Qatif girl has the support of her family and so does Jamie, why the cover up in Iraq? it makes these people no different than the men in Saudi Arabia.
Finally it brings a sinister thought to my mind- if these contractors brought to rebuild Iraq could do this to one of their own and cover it up - what have they been doing to the Iraqi women/ men or children if some of them are gay or pedophiles?
They must be getting away with murder.

Email ThisBlogThis!Share to TwitterShare to FacebookShare to Pinterest
Labels: Opinion
December 2007 favourites from the blogosphere Updated

" I was fourteen years old when I first began to study Hebrew. The only Palestinian in a class full of American Jews, I spoke of how I believed in peace, in tolerance, and in coexistence. But deep down lay another reason I was not so candid about. To learn the language of the oppressor was crucial, I knew. You taught me this lesson at a very young age.[..]Palestine is where we learn how love is painful, justice is an abstraction, and nationalism is a crime."

One of my best friends came back from Greece to stay here forever so everyone is bothering him with WHY DID YOU COME BACK HERE??!! like him I faced this question so many times before, I can never think of leaving Libya forever, there are things here you wouldn't find anywhere else like not getting a speed ticket no matter how fast you drive :P and a very long list of things you find here that makes us live outside this world

America is always on a lookout to identify ‘a free pass’ to enter any developing country. They don’t really care about the authenticity of the pass. If they don’t find any plausible pass, they create one.

The sheikh has the choice of accepting insurgents, or worse Al-Qaeda, to operate in his territory, risking that Americans come after him and his family, destroy his property, or kill them all in a strike against "suspected insurgents." Or, he could join forces with Americans to form an "awakening" group, and then risk that insurgents come after him for collaboration. Or, he could simply pack up and flee the country, like millions of Iraqis facing this dilemma decided to do rather than choose one or the other. The Iraqi government or Iraqi security forces are clearly not an option in this equation for well-known reasons.

I finally found the laptop of all laptops a precious gem 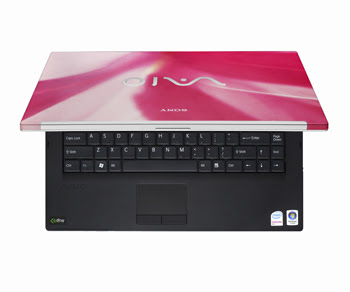 is that not a beauty ? for the specifications and other details click here- unfortunately I had to accept Vista !

I'm interrupting my now fabled itinerary to find the perfect laptop ( for my pocket and dreams) to wish you Eid Mabrouk to you and your families and loved ones.

Along with choosing a laptop which is a long process I am also working on my promised Highlander Award on which there is no voting but only my personal choice of who gets the award based on meritocracy, style, originality and a lot of other criteria but always remember that you are all unique.

For those of you who have just tuned in to my blog here is a summary about Eid Al-Adha which I posted a few years ago. Thankfully this year no one is being executed either so we shall be spared the spectacle.

Salam and enjoy the break

Update 25/12/07 I tried to make the round of all Libyan blogs and wish fellow blogs Happy if I missed anyone then it was not intentional but mashallah you are now so many !

I haven't written about Iraq for a while... not because the novelty factor was gone, neither because the shock factor was not possible anymore but because Iraq has joined the other issues vyeing for attention. I have not read Riverbend for a while but this post brought my tears down and reminded me of a time before 2003 which many Iraqis are nostalgic about - almost another era and only 5 years ago...


"I had resigned myself to the fact that we were refugees. I read about refugees on the Internet daily… in the newspapers… hear about them on TV. I hear about the estimated 1.5 million plus Iraqi refugees in Syria and shake my head, never really considering myself or my family as one of them. After all, refugees are people who sleep in tents and have no potable water or plumbing, right? Refugees carry their belongings in bags instead of suitcases and they don’t have cell phones or Internet access, right? Grasping my passport in my hand like my life depended on it, with two extra months in Syria stamped inside, it hit me how wrong I was. We were all refugees. I was suddenly a number. No matter how wealthy or educated or comfortable, a refugee is a refugee. A refugee is someone who isn’t really welcome in any country- including their own... especially their own.[...] We live in an apartment building where two other Iraqis are renting. The people in the floor above us are a Christian family from northern Iraq who got chased out of their village by Peshmerga and the family on our floor is a Kurdish family who lost their home in Baghdad to militias and were waiting for immigration to Sweden or Switzerland or some such European refugee haven.

The first evening we arrived, exhausted, dragging suitcases behind us, morale a little bit bruised, the Kurdish family sent over their representative – a 9 year old boy missing two front teeth, holding a lopsided cake, “We’re Abu Mohammed’s house- across from you- mama says if you need anything, just ask- this is our number. Abu Dalia’s family live upstairs, this is their number. We’re all Iraqi too... Welcome to the building.”

I cried that night because for the first time in a long time, so far away from home, I felt the unity that had been stolen from us in 2003. "